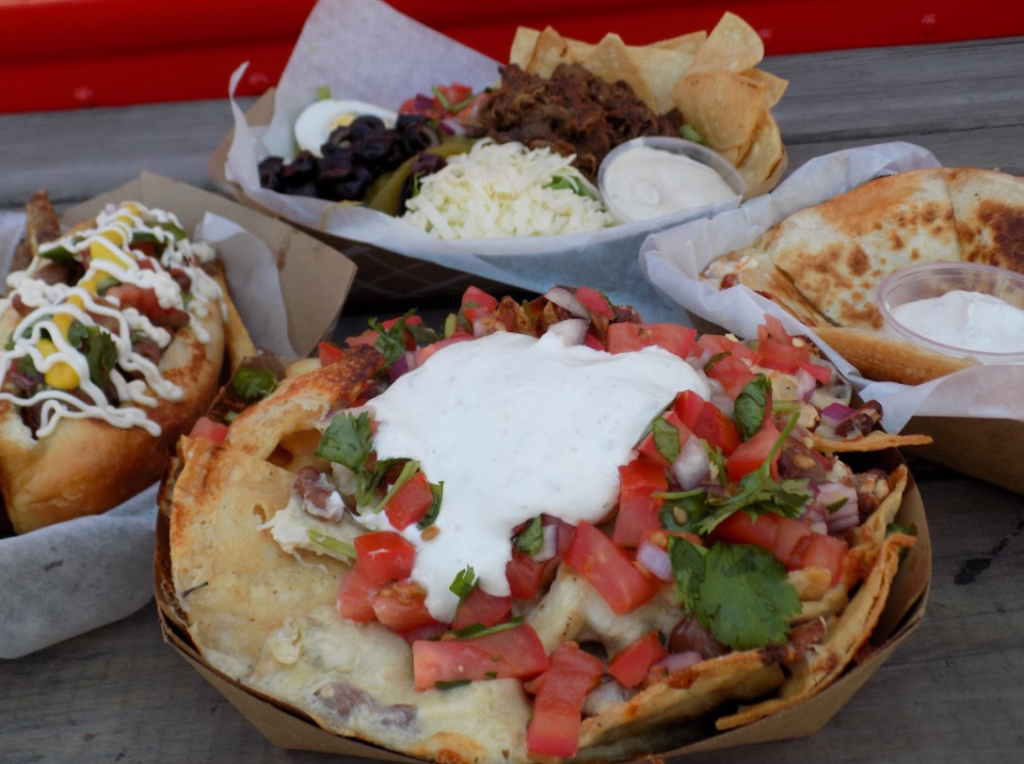 Food trucks are one of the hottest trends on wheels. They attract crowds of hungry people looking to taste something new in convenient locations — whether it’s at a festival or right outside their office.

The engaged couple cooks up a variety of southwestern meals — which comes from their years spent in Arizona. That’s also where the pair first started their relationship — and rekindled it decades later.

The two met at Denny’s in 1992 in Tucson, Ariz., and dated for a while. But life got in the way, as it often doe: Mead moved to California and married, and Caballero did the same in Tucson.

After going to culinary school in San Francisco, Mead worked as a sous chef and soon moved up to executive chef. He later worked with a four-star mobile restaurant — but he says he always wanted more.

“As a chef, you always have someone holding you back — even in the best restaurants,” Mead explains. “You can’t reach your full potential until you work for yourself.”

He says he knew he wanted to head out on his own, which is how the idea for The Rolling Feast was born. As he was starting a new professional journey, he found himself revisiting an older one with Caballero. 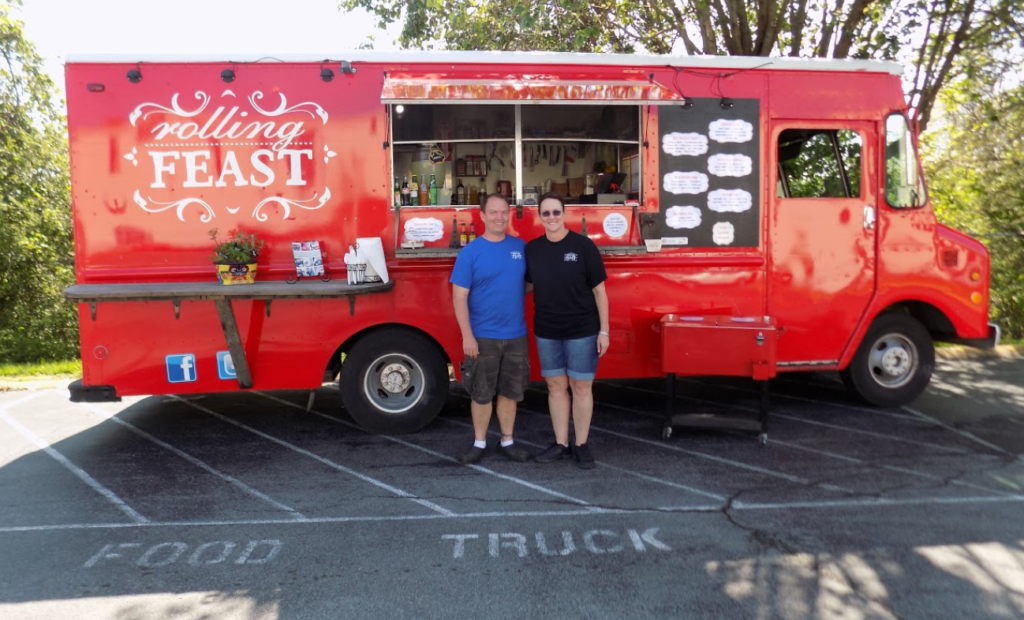 The two reconnected after years apart and a divorce for both of them. It was like they picked up from where they were during college, they say. “We’re back to where we were 23 years ago — but better,” she says.

The couple now lives in Mt. Juliet near family and both work with the food truck. The pair complements each other well: Mead brings his culinary expertise, and Caballero has experience in HR, purchasing, administration and safety.

“I never thought I’d be back in food service,” Caballero says with a laugh.

Mead’s children — Hayden and Cash — also get in on the fun and help with the truck, making it a true family affair.

The Rolling Feast is now celebrating its fourth anniversary of serving the greater Nashville area in May — and May is also Nashville Street Food Month. “It’s been a lot of fun,” Mead says.

The 1973 Ford truck they use was originally a Bunny Bread delivery truck that Mead has since redesigned. Now, patrons lovingly refer to it as the “big red food truck.”

“Tom is so very passionate about providing great food — both in presentation and taste — and it shows in every dish he dreams up and serves,” Caballero says. “The truck really is his baby, and I am here to support him and the business.”

Mead says he enjoys interacting with customers — especially the ones who have supported them from the beginning. “There’s one lady who came to my truck on my fourth day of business, and she still comes by,” he says. And that’s just one of many loyal customer stories.

They bring their truck to local events and businesses, along with special occasions like birthdays, weddings, anniversaries and rehearsal dinners. The couple will even have the truck backstage at the upcoming CMA Music Festival in June.

“It’s a lot of fun being involved with something so big in Nashville,” says Caballero about the upcoming festival.

While the menu isn’t straight southwest — like his burgers — customers will definitely enjoy the tastes Mead brought from out West. “I spent most of my cooking career being in Tuscon,” he says.

All of their dishes are made with fresh ingredients and prepared on the truck, and the menu changes daily. The Rolling Feast also caters events and lunches — with and without the truck.

“It really is a labor of love,” she says. “We’d love to share that with the people around here. There’s something about the truck pulling up to your event that gets people excited.”

They say they want to focus more on taking the truck to events and locations throughout Wilson County, supporting the chambers and community whenever possible.

“We definitely want the locals to know we are here for them with great food for whatever type of personal or business function or event they have in the works,” Caballero says, “and if it involves giving back to the community, so much the better.”

Whether residents are looking for fresh tastes or to satisfy their southwestern craving, The Rolling Feast has them covered.

For more information or to see their schedule, visit Therollingfeast.com and check them out on Facebook.