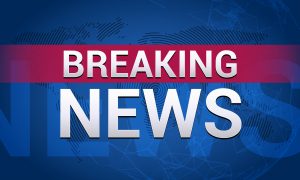 I don’t watch the news.  In fact, if my husband turns on the news, I leave the room.  There’s no way to truly isolate myself completely, anytime I unlock my phone I see the headlines.  But the headlines tell me all I need to know.  That I should be very afraid of the world we live in.  And that’s the belief that I’m trying not to let take root.

There is no medicine for fear.  Scottish proverb

Of the malady, a man fears, he dies.  Spanish proverb

He who fears something gives it power over him.  Moorish proverb

The day we fear hastens toward us, the day we long for creeps.  Swedish proverb

Fear is only as deep as the mind allows.  Japanese proverb

Some claim “do not be afraid” is written in some form or fashion 365 times in the Bible, one for every day of the year.

So what to do during this time of uncertainty and fear?  Robert Frost said that “the best way out is always through.”  So we’ll go through it and we’ll get through it.  And I still won’t be watching the news.

When my daughter was four years old, she took a pretty bad tumble down the front staircase of our home.  I was walking in front of her and had just descended the L shaped staircase when I caught sight of her in the mirror hanging on our dining room wall.  In what seemed like slow motion, my daughter tripped and did a mid-air somersault, landing face-first at the bottom of the staircase.  She cried, but amazingly, she was not hurt.  From my viewpoint, her spill should have resulted in serious injuries.  She asked for some ice so I held an ice pack on her head where she said it hurt, but after about a minute, she said she was fine and that she wanted to go play.

The next morning, my daughter slept in a little later than usual. At breakfast, I asked her how she slept, as I do every morning, and she said that she did not sleep well because there was a glowing man in her room that was keeping her up.  More curious than alarmed (my daughter is a creative and imaginative child), I asked her what this man looked like.  She described him, matter of factly, as a huge, white glowing man.  I asked her if he said anything and she said no, that he was quiet.  He was just watching her and he had a cooler.  Confused, I asked her what she meant, and she explained that he had an ice cooler with glowing cubes, probably in case he fell.

Now, skeptics will say that my daughter simply recalled a vivid dream in which her subconscious mind was processing her fall earlier that day.  But I believe her angel was watching over her, explaining why she had no injuries whatsoever, not even the slightest bruise or knot.  Her angel, continuing to care for her that night, brought her some extra ice, the glowing heavenly kind, just in case.

Seeing is believing, she saw and I believe.

I love shelling.  It combines some of my favorite things – the beach, physical activity, solitude and attention to detail.  Planning for one of my family’s upcoming Florida trips, I (naively) thought that it was time to introduce my daughter to my beloved pastime.
I envisioned us as a great mother-daughter beachcombing duo.  What fun we would have on our hunt and even better, getting our treasure back home where we would eagerly sort and proudly display our fighting conchs, kitten paws, shark’s eyes, maybe even a prized alphabet cone or two!

Then there was the reality of shelling with a toddler.  One of the best shelling spots in Southwest Florida takes some effort to reach.  We set off on bikes for the first stretch, my husband pulling our daughter and her baby brother in the bike trailer.  The second leg requires a one-mile walk along the beach.  My husband pushes our son in the bike trailer and our daughter gets out and takes my hand.  It’s the perfect day for shelling and I smile, excited to create this new tradition with my daughter. 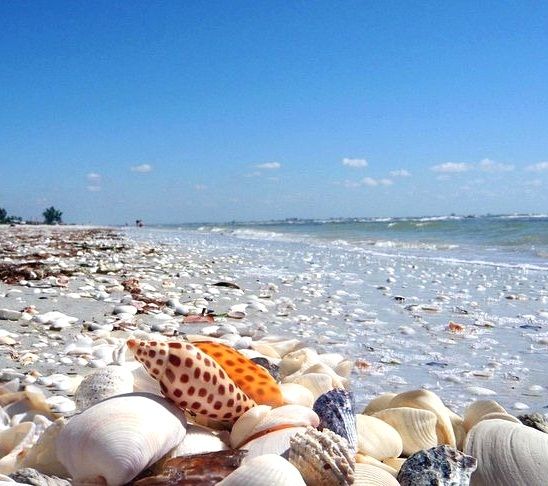 That is until I spot the first fighting conch.  l let go of my toddler’s hand to pick it up and put it in my bag and she whines, “Mom, hold my hand.”  This is my daughter’s latest annoying toddler behavior.  In public, she demands I hold her hand, regardless if I’m holding her brother and a diaper bag plus a bag of groceries, she goes into complete hysterics if I let go of her hand for a split second.  I’m not sure if this is a power struggle, jealousy of her brother, or if she’s becoming Howard Hughes, afraid of people and being in public in general.  So I explain to her that we are shelling and that when we see a pretty shell, we stop and pick it up and I need my other hand to do that.  Two steps later and I spot another shell, and again, “Mom, hold my hand.”  “Mom, hold my hand.”  “Mom, hold my hand.”  “MOM, HOLD MY HAND!”
Now, some of you might be thinking, what a terrible mom complaining that her daughter wants to hold her hand.  I implore you to listen to “Mom, hold my hand” for 150 times, each whine becoming higher in octave and louder than the Gulf of Mexico crashing against the shoreline before you lose your (sea glass) marbles!  My husband tried to help, but he’s pushing baby brother in a bike trailer, not an easy feat on baby powder fine sand. Eventually, my daughter has a complete meltdown and we are forced to put her in the trailer too, which makes strolling on the beach difficult and shelling less than enjoyable.
One mile in means one mile out.  We try to let our daughter walk on the return trip, and it’s still the broken record of “Mom, hold my hand,” but now sprinkled in is, “Mom, hold me” with “Mom, this is too much walking, Can you hold me?”  The hallmark picture perfect mother-daughter shelling tradition that I envisioned sinks right to the bottom of the Gulf and is carried over to Keewaydin Island, probably with the alphabet cone.
I did add a few shells to my collection on that trip.  Just don’t hold the fighting conch up to your ear because all you’ll hear is whine.