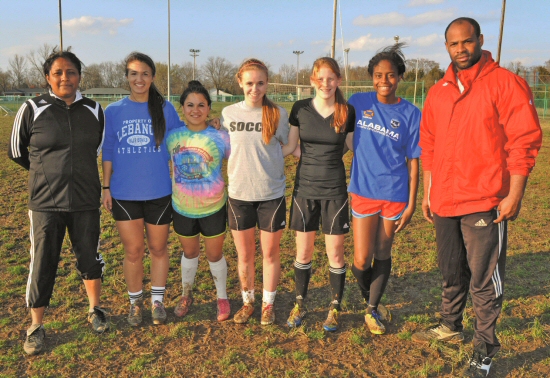 On my first day of law school, I clearly remember thinking that my ultimate goal would be to find a job where I would help put the “bad guys” in jail. I wasn’t one of those guys who came to law school with a business degree in hand, with plans of working my way into the corner office. Criminal Justice had been my college major and in my 21 year old mind, I figured that truth and justice were all about putting away the criminals – because – if you’re guilty, you deserve to be punished to the fullest extent of the law. Right?

Now at the age of 42, I can tell you that I was somewhat mistaken. Truth and justice are not always about putting away the bad guys. The law is about finding out the truth and justice is about giving the guilty what they are due.

A wise man I met my second year of law school convinced me to choose a different path after law school. He explained that being an attorney wasn’t about putting away people, but instead upholding the justice system. Every man, no matter his color, creed or crime deserves his day in court, deserves to be represented well, so that on a  a daily basis the American Justice system is tested.

Early on, I wasn’t entirely convinced by his words, until that day I defended a young man who had committed a felony, problem was the crime would result in 4 years in the Shelby County jail. One brief look at this kid and I knew he would never make it. He had been raised in foster homes, made wrong choices as a juvenile offender and now at 21, because he had committed another crime as an adult, he was about to enter the roughest jail there was.

I did everything in my power to have the Court show him mercy, this kid was different, although certainly a criminal by any definition, he was also a high school graduate and was supporting not only himself but also his girlfriend and young child. What he did was a crime. The punishment on the books was clear. But, where did justice come into it, in this specific case, for this specific kid, under his specific set of circumstances and for those who he now called family?

Truth – sure – he did it. Justice? Was this what he was due? I knew that by the time this young boy got out, he would be beaten down in that jail. And when he got out, the lessons learned in the penitentiary would be passed on for generations to come. He didn’t get out though. He was killed a few months later in a jail house fight. I learned he had joined a gang and died fighting for a cause I guarantee you he didn’t believe in.

Criminals don’t become criminals at the age of 21 when they rob a bank, steal a car or shoot a gun. The majority of 21 year old criminals are addicts who have been in and out of the system since they were teens. We all know the problem. It starts young and it’s often a cycle that has existed for generations.

Linda Schenk with Judge TatumEleven years ago, Judge Barry Tatum and Linda Schenk joined with 1400 other court systems across the country in bringing Teen Court to our area. The goal of this first step, was not just to impact the young offenders coming before a jury of their peers, but also to impact the very teens who were hearing their cases. Because by example, all the kids would learn lessons.

Wilson County Teen Court is designed to give first time juvenile offenders a way to stay out of the “system”. Before a teenager is sent to Teen Court three things must happen – Juvenile Court must agree to send them there, they and their parents must agree to participate and the juvenile must admit their guilt.

If all three happen, then they are given the opportunity to appear in front of a jury of their peers, made up of volunteer teenagers from various schools and home schools in Wilson County. There they will be questioned and thereafter, sentenced.

The advantages of a juvenile participating in Teen Court instead of Juvenile Court is that Court is held in the evenings, court fees are significantly less and if the sentence is completed successfully, the case is dismissed and there is no probation.

Teen Court is run just like a real court and cases are heard in the evenings at the Wilson County Criminal Justice Center in a criminal courtroom. A Teen Court member serves as the bailiff calling the case to order and the offender comes in, with their guardian, and is led to a chair, to be seated in front of the jury box, facing his peers. The jury foreperson reads out the offeneses. The questioning is an interesting process to watch. The offenses are often smoking, fighting, shoplifting, theft, trespassing, breaking curfew and vandalism. The jury asks pointed questions of the offender: Why did you do it?, How do you think it made the person feel that you stole from? What do you think you could have done differently instead of punching that person? And often, their parent or Guardian is also questioned. And then the sentence is handed down.

The Teen Court Jury retires to a deliberation room and there they discuss their points. Often the debates are heated. Some jurors don’t believe the person is

The graduating Teen Court seniors received over $3,500 in Teen Court Scholarships this year. They include James McCullough, Judge Tatum and Jordan Daine, Anna Demumbra, Casey Smith, Kaylyn Ganaway, AnnaRich, KristineSeay, Courtney Reeder as well as Heather Meador and Amanda Corey who were not pictured above. truly sorry, others want to defend the juvenile offender who pushed another student after being bullied or pushed around himself.

The sentences are often community service as well as written apologies to the victims and essays where they are required to reflect upon the crime and the consequences it has on them (for instance, the effects of smoking) or the consequences it had on the victim. The teens are quick to point out that they don’t hand out punishments, “we hand out dispositions because we are trying to get them to take responsibility, to be held accountable, and to make restitution,” explains Kristen Seay, who has been a member of Teen Court for over four years.

Teens who don’t complete the requirements go back and face Judge Tatum within the Juvenile Court System. And the require ments are tough. Linda Schenk insures the essays and apology letters are written well, turned in on time and that all the community hours are met.

“The idea is to make a real impact. Our goal is to keep them out of the system not just in regard to a juvenile’s possible second-offense, but for life.”

For the many that know Linda, they know children are her passion. Having started her career as a special education teacher and being instrumental in bringing CASA to Wilson County, as well as serving on the Foster Care and Juvenile Justice Review boards for many years, when first approached about Teen Court, she immediately knew it was a program that would benefit the youth of the area.

“But I also knew I had to have a local Juvenile Judge on board. I spoke to Judge Tatum about it and he had just visited a similar program in Sumner County, he was very excited to help. He secured our start up grant and with the help of many in the community we got the program off the ground in May 2003.”

Youth Courts save additional dollars by cutting the recidivism rate. That not only reduces crime in the area, but also the cost of putting those charged through the system, with expensive court costs, government funded legal fees, as well as future incarceration costs, that are in the tens of thousands of dollars per offender.

Teen court’s newest members after their induction ceremony along with Judge Tatum.Now, as a parent of three children myself, I understand the role of punishing kids when they do wrong. But, justice is different than punishment. Justice is giving someone what they are due. Some crimes are due death or life in jail to never see the light of day again. And some, often the young, are due mercy. I often wonder what would have happened to that 21-year-old I defended almost two decades ago, if at 15, when he committed his first offense, he had run across a system like the one we have here. Truth is, we will never know. But his chances would have been 97% for the good. That is a truth I do know and a justice I’m willing to bet on any day.

Fundraisers in support of Wilson County Teen Court are often used to replenish their Scholarship Fund, with many Seniors of Teen Court receiving college scholarships for their years of service. Tobacco Possession cases are the ones heard the most in Wilson County. The number of teens smoking and dipping is rising at alarming rates and often offenders are caught on school campuses.

Theft of Merchandise is the second highest type of case heard by Teen Court. Many area businesses will never allow shoplifters back in their stores once caught shoplifting. If they are ever caught returning, they are then charged with Trespassing. Teen Court Volunteers do earn communities service hours which helps them qualify to be part of the Tennessee Scholars Program. Their service also bodes well for college applications and scholarships.

Linda is always looking for more places for these teen-agers to perform Community Service hours. Most of the teens who come through the program are good kids who have made their first and last mistake. They can be a real benefit to an agency in need of help.