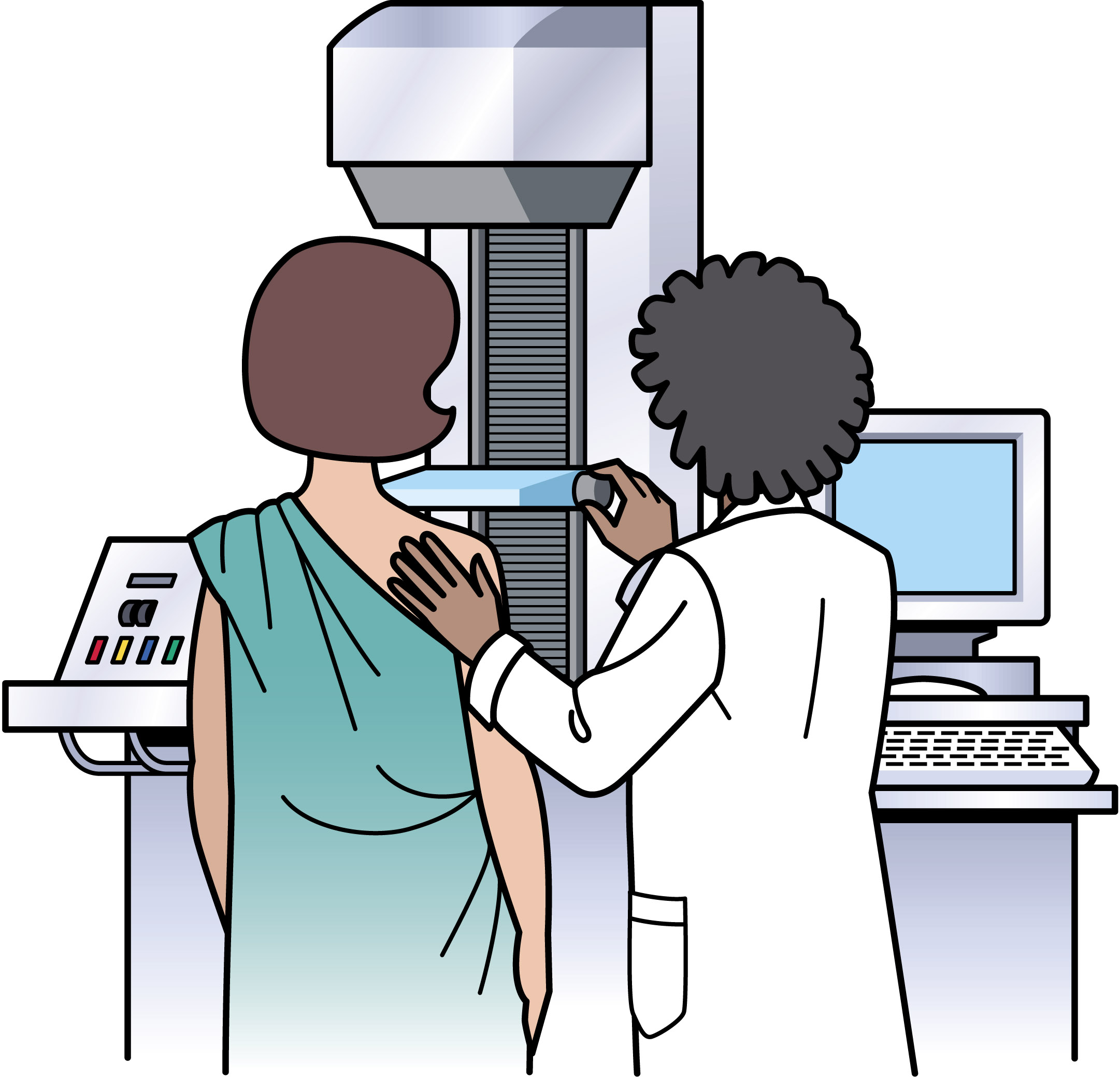 So I got a mammogram today. It sounds like it was a spur of the moment thing. It was, actually. I’ll “yada, yada” through most of the boring part that led me to squeeze this into a busy Saturday.

So I got a mammogram today. I’ll be 41 in a few months and it’s been five years since my last exam. The only reason I had that one is because my gynecologist recommended it after the breast check at my yearly appointment. In 2010 I got the mammogram then an ultrasound, and walked out of the office with a clean bill of health. A cyst. Nothing to worry about, right?

Which brings me back to the point.

A mobile mammography unit was part of a women’s health event I attended. I signed the release, handed over my insurance card and began answering-and asking-questions.

“Have you had a mammogram before today?”

“2010. You don’t have to weigh me today, do you? Because if you do, I don’t want to do this today. Why would you need to weigh anyone for a mammogram anyway?”

“No, we don’t weigh you. Do you have any problems with your breasts?”

“God, where do I begin? They seem to have a mind of their own. Without proper foundations, it looks like two ferrets are attached to my chest.”

“I meant, ‘Do you have any pain? Any specific reason you are here today?’”

“Oh. That was embarrassing-for both of us, HA!”

“I’m here because it’s been five years since my last mammogram.”

She directed me to a small room so I could change into a paper gown, remove my deodorant and wait. As luck would have it, that’s when I started sweating.

A few minutes later, a stranger was helping me pull skin that once covered my right shoulder blade and place it onto a shelf that felt like a sheet of ice. From there a machine that squished my left boob so tightly I was sure the goal was to rip it completely from my chest. During the exam, I couldn’t help wonder if men have a mandatory exam like this. Testagram?

After both were sufficiently photographed, the super kind technician allowed me to look at the film. Because with all of my medical training via WebMD I should have no problem self-diagnosing anything that looks out of the ordinary, right? But before I could give myself a clean bill of health, the technician, pointing to shadowed area on the screen said, “Your doctor is probably going to call you in for an ultrasound to check this area right here.”

Suddenly it didn’t matter if someone wanted to weigh me. It didn’t matter if I’d been constipated for 30 days, I’d happily step on the scale in front of everyone I knew. The implication of “your doctor is probably going to call you…” made all of those superficial things I worry about seem well, superficial. Who cares if my breasts have given in to gravity or that I’ve gained 10 pounds since January or that I have a balance on my credit card?

“Yep. If you are worried, call your doctor on Monday.”

I called. It was the same cyst from 2010 and it hasn’t changed in size or appearance.

So things are back to normal, for the most part. Only now, I’m going to do my best NOT to let the number on the scale or in my bank account dictate the mood of my day, week, month or year. I could get hit by a car tomorrow. Sad, yes. But, the real tragedy would be all the wasted time spent worrying about things that no one do not matter instead of remembering the story about the breast exam EVER.