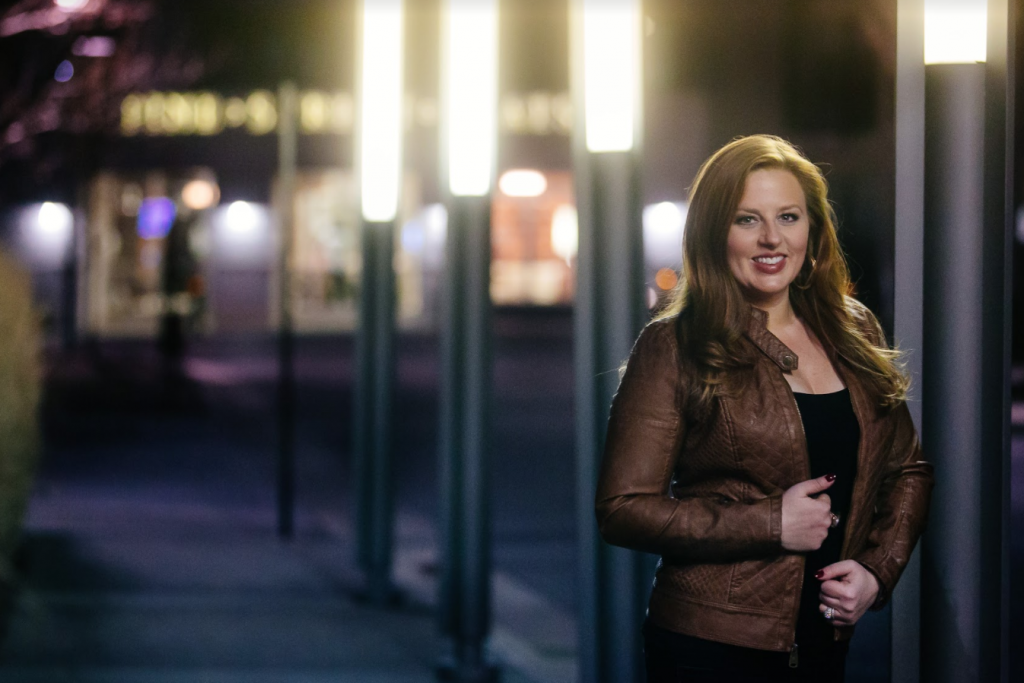 It’s no longer a man’s world, at least if the growing number of women entrepreneurs have anything to say about it. That includes Amber Hurdle, who wrote “The Bombshell Business Woman” to give other women actionable advice on how they can grow their businesses and succeed — no matter their circumstances.

Her struggles are actually what helped this bombshell get to where she’s at today, and readers can learn all about her journey in the book.

Hurdle, who grew up in Orange County, California, moved to Lebanon when she was 14 years old. Her father had always been in the music industry, so it only made sense that the family of eight would end up in the Nashville area.

She was seen as the ideal student, even making the evening news as a strong high school leader. That was just weeks before the moment that changed her life forever. At 16, Hurdle found out she was pregnant. After the initial shock wore off, she started to think about the logistics of raising a child when she was still one herself.

Hurdle knew she had to be dedicated to her education and work if she was ever going to be able to give her child all of the opportunities she deserved. She not only wanted to prove the naysayers and statistics wrong, but she wanted to also push herself to be the best she could. 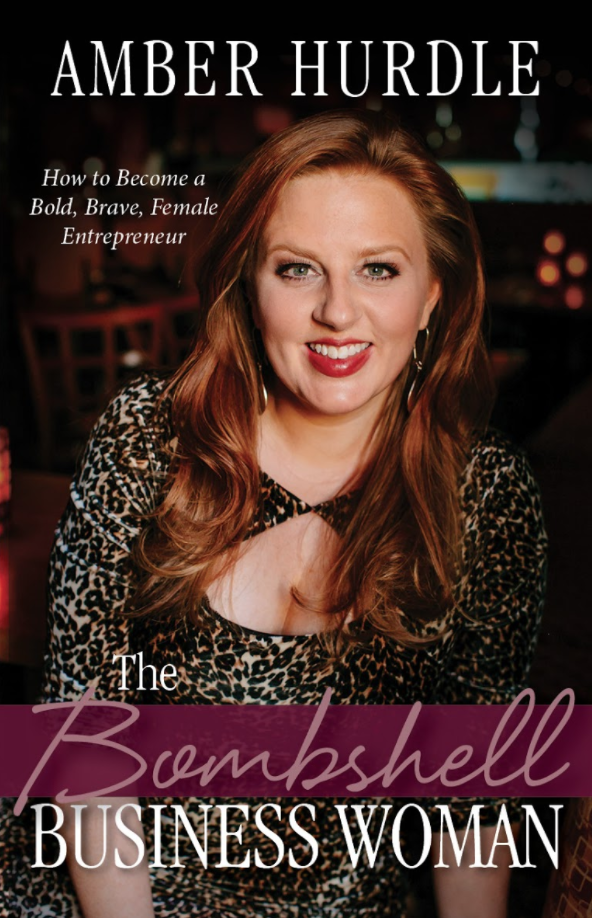 Besides her family, helping her on that journey was Lebanon’s Johnny and Peggy Keel. Johnny was her first mentor, and Peggy — who Hurdle says was an entrepreneur in town before there was a thing — helped raise her professionally. “Peggy is the one who really encouraged me. I just can’t help but think if she didn’t make those investments in me, there’s no way I’d be where I am now — and she’s still there for me.”

From there, Hurdle has had a career focused on communications and engagement, whether that was in a marketing, public/internal relations or event management role. Like other writers, the idea of a book started to take root. So, she started putting pen to paper nearly four years ago.

At first, she had a difficult time coming up with the topic for her book. She originally considered writing a leadership book. But the more involved she became with female entrepreneurs throughout the community, she soon realized how little information and actionable advice there was for them.

“I personally had a hard time finding out how to do this. There wasn’t a book out there like what I wanted,” she says. So, she decided to solve the problem and create one.

Things started to fall together after that, finding a publisher, getting more clarity on her targeted audience and creating a plan to get the book published and out to readers. Her book, “The Bombshell Business Woman,” came out this fall and covers everything from Hurdle’s story to real advice on engaging employees, setting goals and networking. 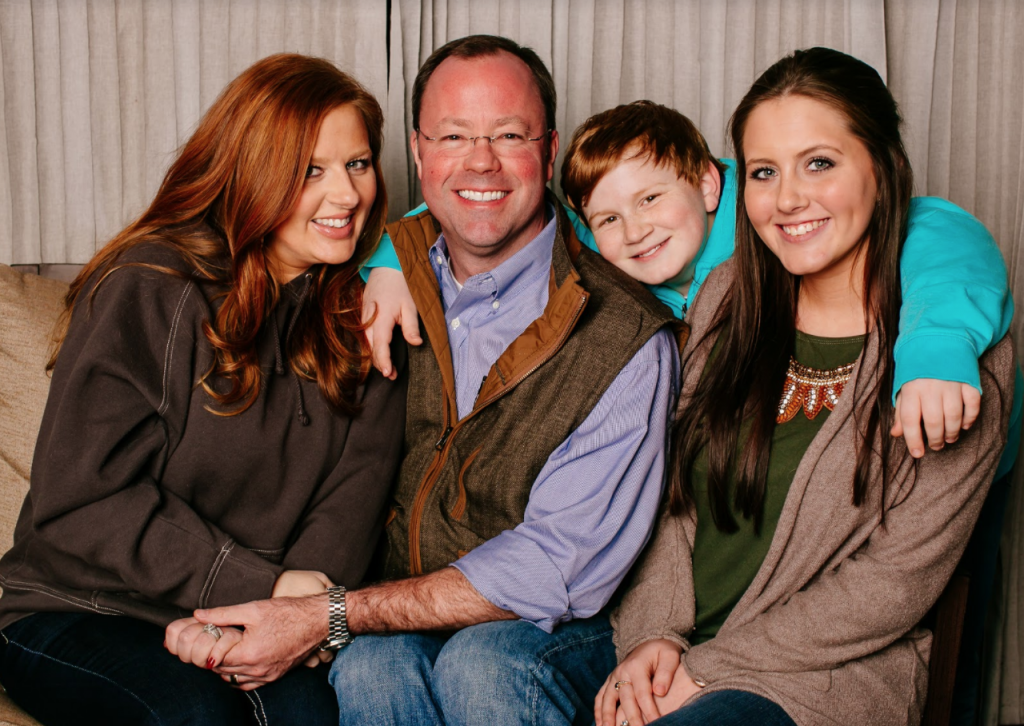 A straight shooter, Hurdle uses her experiences, knowledge and skills to help other women looking to grow their businesses. She’s learned what does and doesn’t work for entrepreneurs, and she wants to share that with others to see them be successful.

Supporting her throughout the publishing process has been her husband, Geoff, and children Brittany, Derek and stepdaughter, Kristen Fussell. She’s also gotten support from the community.

Her book even features several local businesses who worked through her book guide together. “There’s just a sense of comradery that really inspired a lot of this book,” she says. “The most powerful aspect of it was that they were there for each other. They realized they weren’t really competition.

“So many women in this town contributed to its existence, whether they realize it or not,” Hurdle continues. “Lebanon is a true community, and we can only sustain that if we make an intentional effort to invest in each other.”

The book is for both new business owners and ones who have been doing it for years but need advice and support. She encourages entrepreneurs to grab a few of their fellow business women friends, study the book and help each other through the process.

“The huge challenge for women is having confidence, especially in a Pinterest-perfect world,” Hurdle says. “You were created a certain way: You have inherent, natural gifts you can use.”

The basis of her book is the idea of a bombshell woman, who she says is a woman who is comfortable in her own skin. “It’s not about vanity or external presentation. It’s who you are on the inside.”

In her book, she defines a bombshell as “a bold, brave and unwaveringly confident woman in business and life.” Those are attributes she strives toward, as well.

“It’s about being able to be a wife, mom, business owner, community volunteer,” Hurdle says. “A bombshell isn’t 9 to 5.”

Being able to understand the dynamics of being a woman business owner has enabled Hurdle to speak to women on a larger basis, giving them information that really helps and hits home. Having the opportunity to work with a variety of women and being able to make a real difference in their lives has been rewarding for Hurdle.

She says she wants readers to come away from the book feeling empowered. “If a woman feels empowered, she doesn’t let fear dictate her actions. She lets her truth and her talent and her gut instinct tell her what is next and how to best do things. And when a woman is operating in that flow, she’s unstoppable.”

It’s that unstoppable mindset that drove Hurdle to earn not only her high school degree, but also a bachelor’s degree. She’s proof people really can do anything they put their mind to, no matter what obstacles they’re against.

Her book aims to help other women find that same confidence, no matter their circumstances, and the best plan for their businesses. As she says in her book, “I can show just how far from grace I fell and what it took to first claw my way out of desperation and then to grow personally and professionally far more than I thought possible.”

For women who purchase her book early on, she’s offering a free 40-page workbook, 30 days of affirmation and a one-week Bible study. The book also features a study guide.

“If you want to get together with your bombshell squad, we have everything in there for how to facilitate a book study and how to make sure everybody’s heard,” she says.