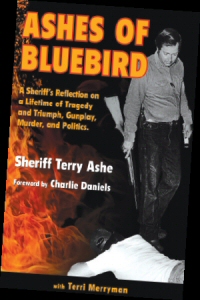 I’ve heard it said that right before you die, your whole life flashes before you. Since those uniquely qualified to confirm or deny this rumor aren’t around anymore, we’ll never know for sure. But if it’s true, maybe the phenomenon is the result of sheer terror doing a number on the brain. Perhaps every joy, every pain, every regret you’ve ever felt is downloading into the deepest part of your heart, making one last curtain call before the lights go out.

Whatever caused me to flip frantically through my memory banks that night must have been making up for lost time. This matter-of-fact feeling that my death was imminent was not exactly a first for me, but it was rare. Of all the life-threatening predicaments I had ever faced—having stared into the business end of every kind of weapon—this was one time my instincts were screaming at me; I was not going to survive this night. I never would have imagined that my life would end where it began, on Bluebird Road.

Just east of this blight, kids feel safe to run and play after dark. It’s where I learned to ride a bike, hitch up a team of plow horses, and throw a curveball with my brother. East of our farm stands the little white clapboard church where I was taught to pray—a skill I would practice every day of my life, especially during times like this.

How ironic—how absolutely so like me was it— that I was going to die on this road where I had spent so much of my life?

Memories of my father were on this road— memories of a Ward Cleaver brand of working man who loved his wife and kids and worked at a factory all day, just to walk behind a team of work horses and plow a field when he got home. A sweet, honest man who deserved better than the hand he was dealt. A gentleman who didn’t deserve to be cut down in the prime of his life. I always imagined that Dad was looking down on me with a smile, very proud of the choices I had made and the man I had become, proud that I had fulfilled my childhood dream of becoming sheriff. I couldn’t allow myself to think about all of this now. I had to concentrate on the task before me and think of the deputies I had brought along as backup. They all had families too—fathers who were proud of them, wives who sent them off to work with a kiss goodbye, children who bragged to classmates that their dad wore a badge.

On this night, they deserved to go home to those families as whole as they left them, and I had to see to that.

The gravel crunched beneath my boots as I crept from my car alongside the thick hedgerow lining the path to the little rundown shack. It was unlikely that I would be seen or heard since the clouds obscured the moonlight and the noise coming from the house was deafening as I got closer. The people who lived next door had been calling my office since sundown complaining about the music, loud laughter, and other unidentified sounds that were roaring from this joint. I had to take action, and this crowd needed to see that I meant business … again.

This apparently was a re-start of a business that had burned—one of a half-dozen of the illegal establishments that had been set ablaze by rival bootleggers and gamblers, only to rise from the ashes and move down the road to taunt me.

I had been elected sheriff on the promise that I would clean up this area for good, making it safe for the rest of the neighbors who were law-abiding, hard-working, blue collar people with mortgages, kids, well-kept clapboard houses and clipped lawns. These were taxpayers who had to dodge staggering drunks and fl ying bullets as they drove down this road to get to church on Sunday morning. It was high time so mething was done, and it was time the sheriff did it. That would be me.

To order your copy, visit www.AshesofBluebird.com