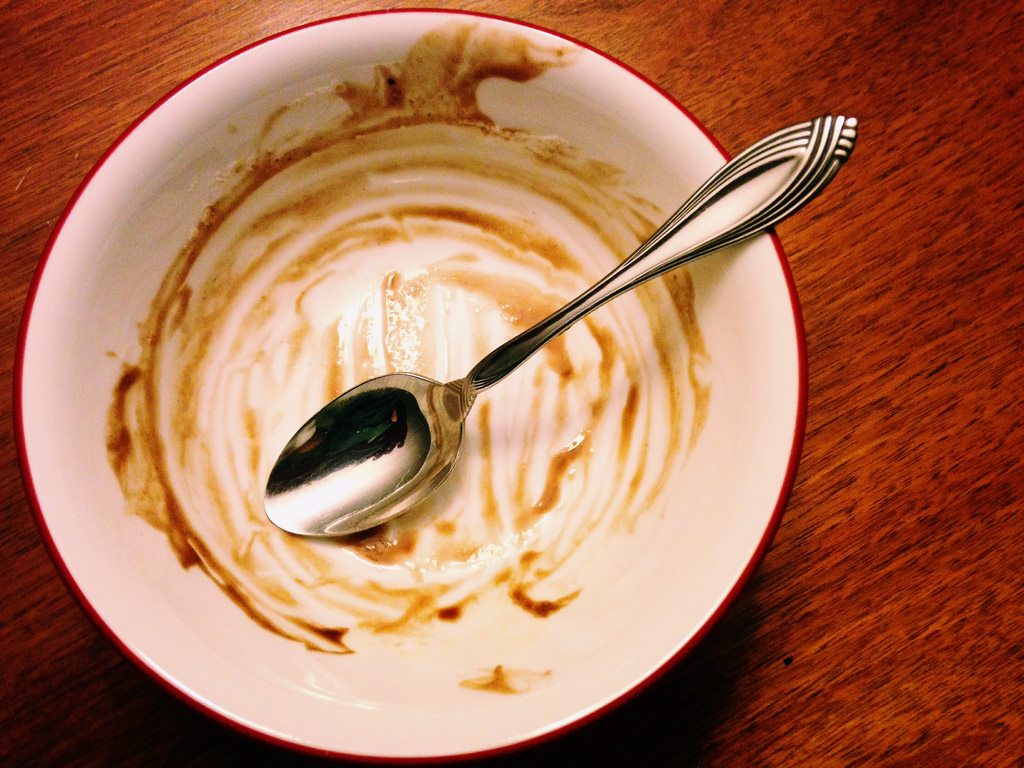 I never fully appreciated the amount of food my parents had to purchase between 1974-1999.

During that time, one or more of their six children were teenagers. This means that on any given month, they were spending more on food than their mortgage, electricity and water combined. No wonder we didn’t have cable! I don’t know those numbers for a fact, but now that we have three teenage boys living at home, I feel this is an accurate assumption.

I don’t know those numbers for a fact, but now that we have three teenage boys living at home, I feel this is an accurate assumption.

Growing up, there were several food items on lockdown: orange juice (on the rare occasion we had any), Chips Ahoy cookies (again, same rule applies) and anything processed with extra sugars and included artificially colored, desiccated marshmallows.

At the time, I couldn’t understand why my mom would come unhinged if we filled a 24-ounce tumbler with orange juice and didn’t drink it. Turns out, they were just sick and tired of buying food for children with endless appetites and no concept of how much work it took to feed a group of little ingrates who were always ready for their next feed cycle.

A few nights ago, everyone had gone to bed. This is the time of day I LOVE. I get to start the latest season of Orange is the New Black without interruption and decompress.

*This is the part of the story where my latest diet sees its tragic end.

This is the time, I like to have something to snack on, something sweet, sometimes chocolatey.

So, I’m getting everything set up. I’ve got the first show of season five ready to play. (Side note: Anyone else still grieving over what happened to Poussey?!) I decide to make a snack before starting. Thanks to a trip to the grocery store the day before, I know exactly what I’m going to have. A scoop or two or three (don’t judge! I’m still grieving, remember?) of Heavenly Hash frozen yogurt.

I open the freezer. At first, I think someone probably accidentally put a package of frozen chicken nuggets on top of it. Nope.

Maybe it’s in the back behind pie crusts that should have been thrown out five years ago. No.

Finally, I pull everything out of the freezer. It’s not there. Did I forget to bring it in after returning from the grocery yesterday? I checked. Not there either.

There’s no way it could be gone, right? 24-hours isn’t enough time for three teenage boys — who don’t like “health food” — to eat an entire half-gallon. They did. All of it. IN 24 HOURS.

The following Sunday, I tried again. This time, my snack was going to include Nutella. I keep it hidden in the back of the pantry. Everything’s ready to start OITNB…again. I find the “Happy Birthday” cookie jar I keep the Nutella in and NOTHING. It was gone. Not completely gone. They left the empty jar.

This is the part I’m not proud of. I came unhinged. I went upstairs and told all three boys that if they eat the last of anything chocolate in this house, they are to replace it or at the very least warn me. They agreed. Liars.

My husband said it was no big deal. They are growing. We are their parents. One day, we will miss them being here and paying a king’s ransom to feed them. Blah, blah, blah.

The next day, I came home and Jay was tearing the pantry apart.

“I just bought an industrial size box of Slim Jim’s, and they are gone. GONE. There’s none left. They ate all of them.”

We found a new hiding place for our snacks. It feels like college again. Only now, we can afford better snacks.