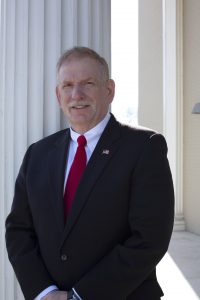 If you ask Shawn McBrien, what he’d bring to the bench if elected as the next Circuit Court Judge for the 15th Judicial District, he stops for a minute, and then thoughtfully answers back, “I’d hope to bring some simple common sense

This from a man with over 33 years of legal experience as both a lawyer and mediator. A man who has been married for over 35 years to his wife Karen, a local nurse, and who together with her, has raised four children in their hometown of Lebanon, Tn. A man who many know as a generous person who has given of his time both to his church and various civic organizations by helping those in need both close to home and far away.

“I’d also bring a strong work ethic and my sense of fairness,” he adds.
Hard work is a quality that Shawn McBrien is known for. Ask any attorney in town and they will tell you that Shawn works hard, is honest and always shoots you straight. “For over a decade, I have known Shawn as someone that has used faithful morals and years of legal experience to serve his clients selflessly. There is no doubt Shawn will serve from the bench using the same legal expertise and faithful morals.” notes Jason Denton, a local attorney.
Shawn started practicing law 33 years ago and during these past three decades has handled almost every kind of civil or criminal case there is. “I’m ready on day one to take over Judge Wootten’s docket. I handled many cases in front of Judge Wootten and greatly respected his knowledge of the law, his decorum, and his patience. I certainly was saddened to hear he was retiring because I loved to try a case in front of him and I hope if elected to continue to handle cases just like he did.”

A Tennessee native, Shawn received his Bachelor of Science from the University of Tennessee in 1983 and Doctor of Jurisprudence from Cumberland School of Law at Samford in 1986. He began his legal career in Chattanooga, Tn and for several years practiced law in the same town as his late father, also an attorney, and then later moved to Wyoming where he continued to expand his practice. A growing family and a yearning to be closer to home led he and Karen to move back to Tennessee in 1992 and since that time Shawn has been representing local citizens throughout the District. Upon his return, Shawn initially worked for the Law Offices of Hugh Green for two years before establishing his own practice in 1994. Ten years later, he formed a partnership with Brody Kane and together they formed the law firm of McBrien and Kane. In 2018, Shawn opened the McBrien Law Group where he currently practices both as an attorney and mediator.

McBrien has handled hundreds, if not thousands of cases, in both State and Federal courts during the last 33 years. He has been involved in jury and non-jury cases and argued for his clients in front of state judges, federal judges, mediators, arbitrators, and appellate court judges. And in the last few years added Mediator to his long list of experiences.

“It’s during these mediations that I realized being a Judge is what I wanted to do. For years I’ve advocated one side or another for my clients but being a mediator taught me to see both sides of an issue. I read documents provided to me, listen to both parties and their attorneys and then work out the issues. But when we get so close and their decisions come down to emotion or just a lack of common sense, it is frustrating. As a mediator, I cannot make a decision and it becomes the Final Order, as a judge can. In those cases, I feel sorry for the parties because now they are going to a trial. And I know first hand the cost, pressure, and emotions that these parties are going to face. It is in those situations that I wish I could make a decision so that they can move forward with their lives.

Being a mediator and lawyer has enabled me to help so many people in my community. I take pride in knowing I made a difference and did all I could to right a wrong.”

But law isn’t the only place Shawn has made a difference, from coaching all four of his children in sports to being on the Board of Directors of The Glade Church in Mt. Juliet and local non-profits such as the Lebanon Noon Rotary Club, to being a board member of Ducks Unlimited and Delta Waterfowl, Shawn is definitely a man of varied talents. And getting down and dirty is one of those things that Shawn never shies away from. When Hurricane Katrina hit New Orleans, Shawn with his children traveled with his church to help with the recovery. He has also helped in his own community such as moving people, mentoring children, chopping firewood and making repairs. When the floods hit Nashville several years ago, Shawn took off work and with his children helped his fellow neighbors there as well. 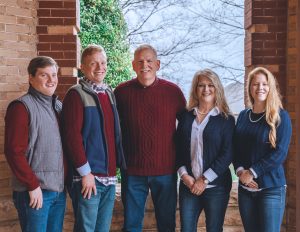 “Raising my children and being a good example to them as a provider and protector has been my greatest accomplishment thus far. I’m so proud of my wife for what she does as a nurse in our community and our children bring us our greatest joy. They are all adults now making their way in life and so the time seems right for me to do this. I’ve had a long, solid history of being a lawyer in my community and I’m ready, if the people honor me with their vote, to take on the role of Judge”

Being a Judge is not an easy job. Someone always leaves the court a little unhappy. But the best Judges I’ve ever practiced in front of were the ones who gave my clients a fair shot. They listened to the evidence, carefully reviewed the law and then when they made their ruling they explained the why behind their decision. Even when I lost the case, I felt the court had allowed my client to be heard. This is what I plan to do if elected.

Listen carefully, apply the law, treat people with respect, be fair and use common sense, if elected I pledge to do all these things.

This is an advertorial paid for by the Committee to Elect Shawn McBrien Circuit Court Judge, Bill Easley, Treasurer.