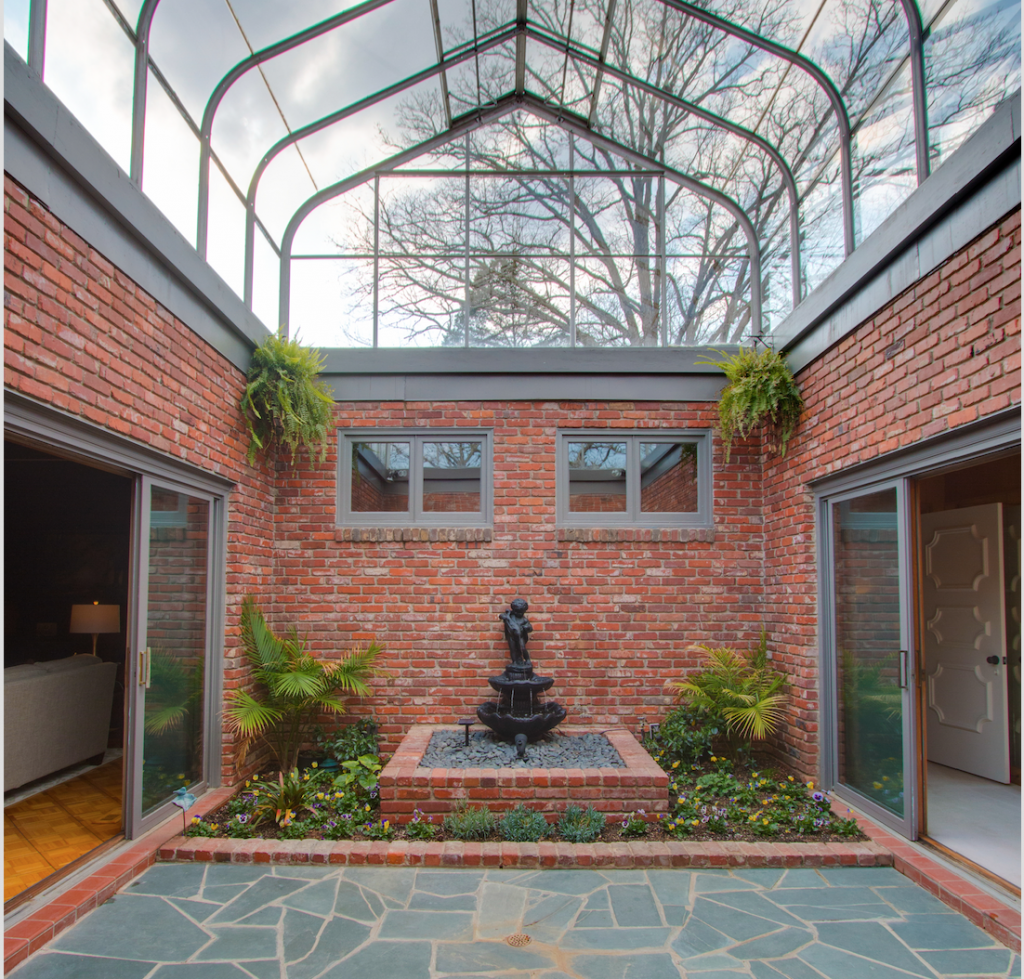 Tucked deep in the trees on the west side of town, this mid-century jewel remains solemn, perfectly preserved and seemingly untouched by the outside world.

The approach to the home navigates through it’s wooded expanse toward what most would assume to be the front of the house. But what is seen as the front was intended to be the rear of the structure when it was built.

The main road that now exists in the “front” of this home, although planned, was not constructed at the time. When construction of the road eventually began, the city brought it through at rear of the property, instead of the front, as originally proposed.

Yet because of the architecture and design of this home, guests would probably never realize this. However, this is just one of many intriguing facts and stories about this home. 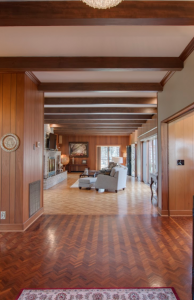 Built by Dr. Charles Thomas Lowe in the mid-1960s, the home is now owned by his grandson, Chuck Lowe (Charles Thomas Lowe, III) and his wife, Dena. Chuck built his own home directly nextdoor to Dr. Lowe when he returned home from college. Chuck and Dena now lovingly take care of his grandfather’s home, meticulously protecting a piece of their family history and the former home of one of Lebanon’s most innovative and original personalities.

Dr. Lowe was a well-educated man, speaking several languages including German and Spanish. He received his Bachelor of Arts degree from Vanderbilt in 1932 and his medical degree in 1936. As one of the principal physicians in Lebanon, he delivered babies and took care of patients until he sold his practice to Dr. Robert Bone in the mid-1960s.

But Dr. Lowe’s interests extended far beyond the city limits of Lebanon, Tenn. His daughter, Betsy, relayed he hated the cold, preferring to spend the winter months in Acapulco and other warmer climates.

After marrying his second wife, Ruth, in the early 1960s, they traveled to Israel to visit Ruth’s brother who was stationed there as a missionary. It was on this trip that Dr. Lowe began to formulate the idea for his home. Betsy says he admired the way the houses in Israel were built surrounding an outdoor space. After living in Israel for 18 months, Dr. Lowe and Ruth returned to Lebanon, eager to begin construction.

Dr. Lowe’s son, Tommy (Charles Thomas Lowe Jr.) chuckled when asked about the plans or blueprints of the house.

“Plans?” Tommy asks. “There were no plans! I had to follow Daddy driving on a trip to Florida, and we talked about the house on the citizen’s band radio all the way down and all the way back. When we got home, we staked it off and built it.”

Tommy recounted his father had purchased the property, a total of about 175 acres, on two separate occasions as the parcels of property were originally a bottling plant and dairy farm.

The structure of the home is comparable to few others. All of the exterior walls are built of concrete block and the interior walls and floors of 12-inch-thick, pre-stressed concrete.

The roof is also concrete, which was brought in and set by cranes. Chuck was 12 years old at the time the house was being built, and he says he remembers watching the cranes set the concrete.

Because of the substantial framework and density and girth of the structure, it was recognized as one of the area’s only fallout shelters. The Civil Defense used the basement, which was air-tight, to store food rations in case of emergency.

The basement has a vent that runs many feet out into the property, and Chuck can remember hearing Ruth and her friends playing bridge in the basement when he would be out in the yard.

The atrium that the house surrounds was originally only a porch, but as Betsy relayed, “they don’t get as much rain in Israel as we do in Tennessee, so Daddy started having problems out there on the porch.”

That’s when Dr. Lowe installed the glass roof to enclose it. Although more than 50 years old, the motorized atrium glass roof still opens on the right side. Understanding this installation was made in the late 1960s proves how Dr. Lowe was always just a bit ahead of his time. 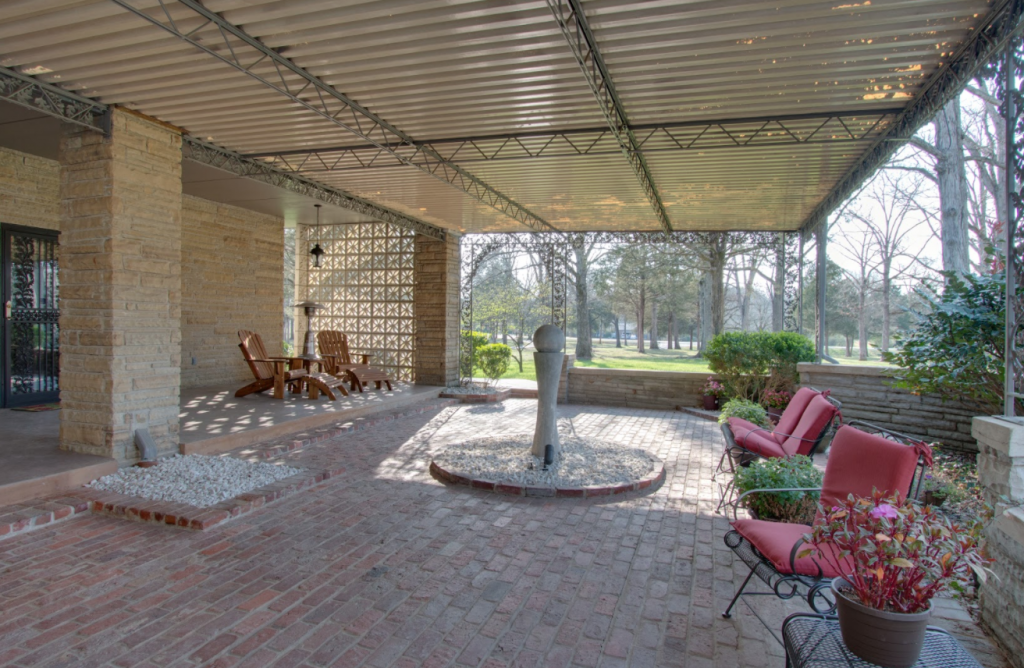 Dr. Lowe and Ruth lived in the home until his passing in January of 2003. Upon his passing, his daughter, Betsy, inherited the home. As she has lived out of state most of her adult life, she sold the home to her brother Tommy, who then made the decision to also sell it. The new owner of the home was transferred after living there eight years, and that is when Chuck and Dena purchased the house.

When they acquired it in 2015, the interior of the house had been maintained well by the previous owner, with exception of the basement. But in true Chuck and Dena fashion, they painstakingly restored and repaired every inch of the house. Many of the original interior finishes remain, apart from new carpeting and appliances.

Chuck and Dena are grateful to be able to preserve Dr. Lowe’s legacy and share it with their children and grandchildren, as they use the home for extended family gatherings and entertaining.

And in the front corner of the main room hangs a large portrait of Dr. Lowe, smiling over them all.