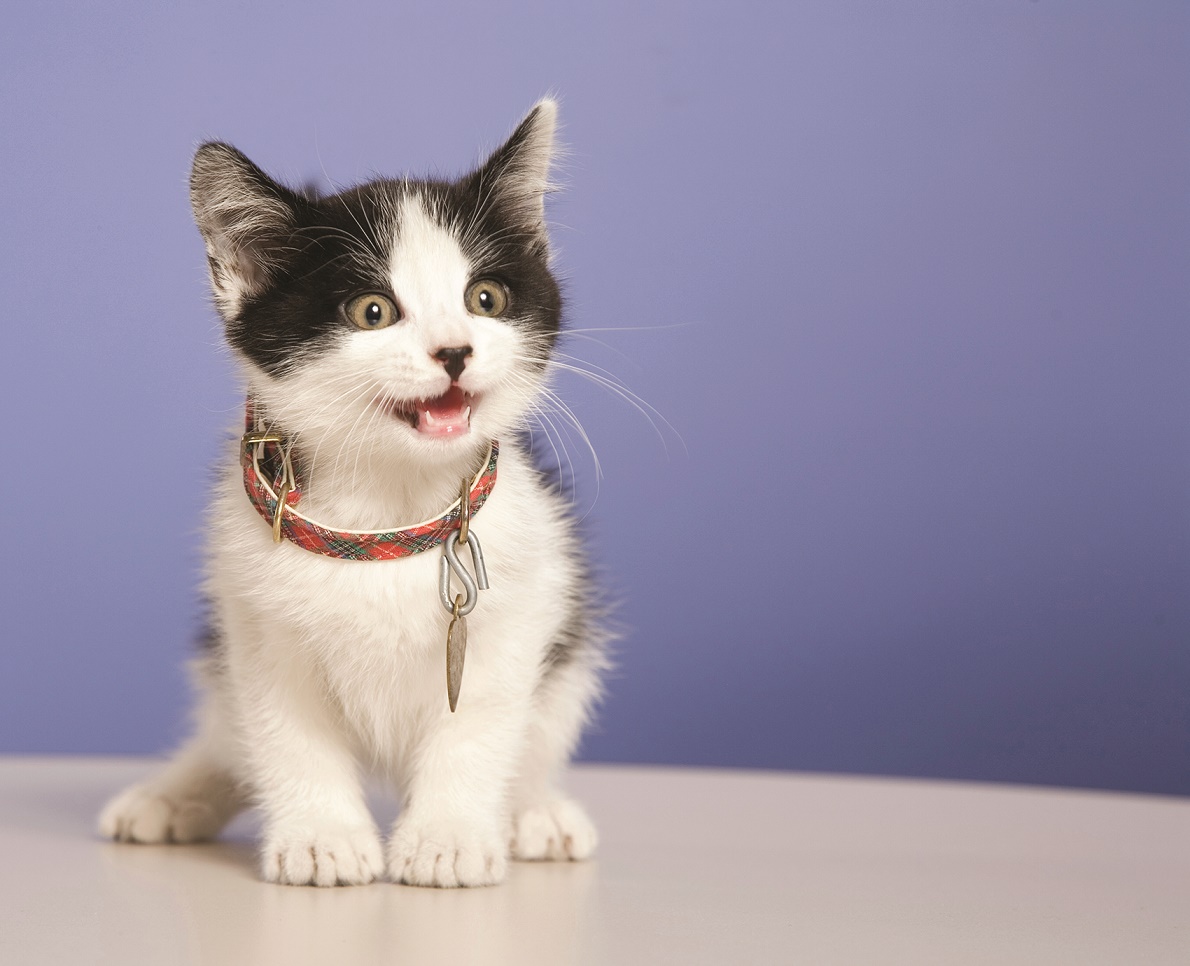 Eight weeks ago I brought two new family members home. A mommy cat we named Elphaba and her baby Max. Both were cuddly and docile cuties. Until the third week when Elphaba went into heat.

This would be my first experience with an “in heat” cat. And let me just say, it’s quite a spectacle. Day and night she shrieked, purred, and stuck her butt up in the air. Her behavior was driving everyone nuts. Even Jay, who in the beginning quipped, “This wouldn’t be annoying at all if you did that” had enough of her amorousness. After doing research, I found out that this party would last seven to 10 days and could repeat every month until she was spayed.

I called the vet.

Four weeks later she was spayed. On our way home after her surgery, I could tell she was different. And by different, I mean pissed off. “She’ll be fine once she sees Max” I thought. WRONG. She wasn’t howling or sticking her butt up in the air. But she wasn’t the same.

Six days after bringing her home from the vet, I noticed a smell and located the source of that odor under my bed. Elphaba had found a new space to go potty. I didn’t get mad. Just grossed out. I took to Google to find out more about this sudden personality change. Apparently the surgery and time away from home traumatized our sweet cat. Her way of processing those emotions happened to be crapping under my bed. My vet recommended that the only thing I could do was to keep cleaning her daily messes, spraying an odor neutralizer and reassuring her that she was in a safe space. Any type of discipline is strongly discouraged.

After spending a king’s ransom buying calming collars, kitty treats and “non-aggressive” behavior modifying sprays, it was hard not to shove her nose into those steamy little presents at 2am. I refrained and just encouraged-no begged-her to please try and use the nice, big, flushable, Cat Genie next time she voids her bowels. I thought the problem was fixed when I used a “keep-out” spray on the area she had chosen to take her daily dumps.

However, 14 days post-surgery while tidying up the laundry room, I found her new spot…BEHIND AND BESIDE THE LITTER BOX. Trying not to gag while picking up what looked like 20 pounds of cat poo, it was hard not to get angry. It was even harder when she would look at me with eyes that said, “Yeah, I did it. Whadd’ya gonna do about it? Nothing! And don’t forget to freshen up my water bowl, lady!” This was causing more stress than my kids when they were newborns. I started regretting her surgery. Suddenly howling and butt up in the air didn’t seem so bad.

After more research, late night phone calls to our vet, soliciting advice from cat owners on icatcare.com and googling “cat psychics” I was at my wit’s end.

Desperate I turned to my husband for advice. “I’d do the same thing if someone named me Elphaba.” As usual, he was no help.

It was beginning to look like our new family members would have to move outdoors. Until my husband had a brilliant, albeit time consuming, idea. Take back the expensive, bundle some Cat Genie and exchange for an easier to use multi-cat litter system. That’s all it took. So we are back to normal until Max is ready for his surgery. Elphaba has healed from surgery physically. Emotionally, she’s still not quite the same. Then again, what mother is after giving birth?