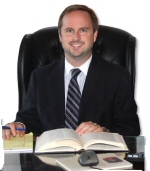 When my wife first asked me to consider writing the “Good Life’ feature for Wilson Living, I immediately thought of an old television

series she and I watched in our early married years in Memphis. It was appropriately titled “The Good Life” and, in short, told the story of a person, couple or family who decided to make changes in their life to pursue a dream or simply to shake up their lives. More often than not, it was centered around someone who picked up stakes and moved to the beaches of Hawaii, deserts of Arizona, mountains of Colorado or wherever that person perceived the good life to be.

As we watched the program each week, (Sunday nights as I recall), I began to mention, my desire to move back to Middle Tennessee, more specifically Wilson County, the place where I had spent the majority of my youth.

Angel was reluctant at first, to say the least, but over time (and several more episodes) she warmed to the idea. While Memphis was good to us, as her tightly knit family was very close, she was open to starting a new chapter in our lives, while I was interested in building my law practice closer to home.

Both of us had been practicing law for three years at this point, and had a one year old daughter. However, the booming economy, at the time, as well as the significant crime issues in Memphis, led us to make the move. Before I knew it I had resigned my position with the Shelby County Public Defender’s Office, (headed up by A.C. Wharton, a Lebanon native and now Shelby County Mayor), located a job in Lebanon with a local firm and moved back in with my parents in Watertown. In the meantime, Angel listed and sold our home in a matter of weeks and also quickly found a job with a local law firm. With the purchase of a new home in Lebanon, our move was complete and I was ready…for the good life.

The good life, as I fondly remembered it, began when I was eight and my parents moved us from Texas to a small farm in Watertown. The memories of my upbringing are ones of happiness and contentment, of a simple life in a small town, where watching football games on Friday nights was the main event.

I recall attending many games with my father, which were spent either watching the game itself or playing pick up games of my own near the south end zone, with a crumpled soft drink cup serving as the football, of course. The rest of my days were filled with participating in 4-H, raising and exhibiting sheep, riding my bike for miles on end, and fishing Round Lick Creek, which ran through my parent’s farm and neighboring farms. Fishing, might not be the best description, because more time was spent reaching and searching under rocks for crawdads, than actually casting my line.

And as the years went by, I played in those Friday night football games myself. And while my wife enjoys teasing me whenever I reminisce about my high school game highlights, I find comfort in those memories, when life was simple and easy.

Spending your teenage years in a town where everyone not only knows your name, but also your middle name, your sisters and brother and, most importantly, what you did on Saturday night, kept you out of trouble and created a bond like no other. I’ve been out of school more than 20 years now, but I still remain close to my high school friends, many of whom still call Wilson County home. In my eyes, there are no better people than the boys (now men) whom I competed with on those football fields, many years ago.

After high school, I moved to the “big city” and attended Middle Tennessee State University in Murfreesboro. The next four years consisted of school, numerous part time jobs and many evenings spent with my friends at the Kappa Alpha house. And although Murfreesboro is located outside Wilson County, I roomed with a high school buddy and stayed close to home as much as possible.

Then came the Memphis years… and life dramatically changed.

It began with law school, serving as a law clerk for the Shelby County Criminal Court Judges, meeting and marrying my wife, and starting my professional life. During those years, I immersed myself in an environment that was different from anything I had done before, as a small town boy living in a culture quite different than his own.

My first jury trial, after graduating from law school, was defending a man wrongly charged with first-degree murder. I was probably more nervous than he (if that were possible) but the return of a not guilty verdict, followed by a hand shake and a thank you, after which I watched him walk out of the courtroom as a free man, was a defining moment in my life.

And while I survived just fine in the big city, part of me was homesick for a slower pace, wide-open spaces and a hometown where everyone knew each other.

That brings me back to the beginning of my story … our move back here was tough in many ways. My wife and I both took pay cuts to work closer to my home, Angel gave up a strong support system, and with a small baby in hand and another daughter and then a son coming in the next 5 years, it was trying for both of us but especially for her. What I gained in moving back, family, friends and familiarity, she lost. I’m sure there were many times she wondered what I had gotten her into but with the passage of time and lots of hard work, life became easier, our family became involved and invested in Lebanon, and soon it became home to all of us, not just me.

Cut to 13 years later, and here I am writing an article for my wife’s magazine, Wilson Living, in a section, titled “Finding Your Piece of the Good Life.” If you had told me, 13 years ago, that I would be sitting on my back porch in Lebanon, listening to the cicadas, watching my kids play ball in a hayfield, as my wife types away on her laptop, I would probably have believed you.

That’s because I always knew the good life could be found in Wilson County.

The saying goes, you can take the boy out of the country, but you can’t take the country out of the boy. In my heart, there are no truer words and this small town boy is glad to be back!