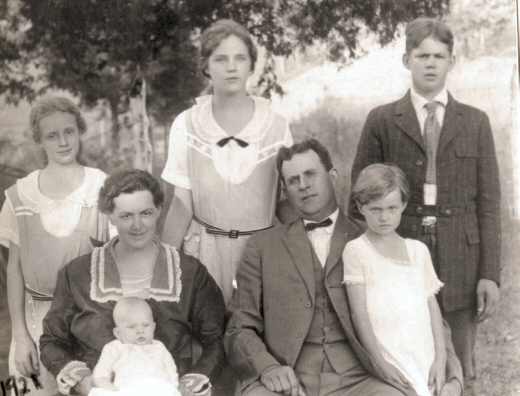 There is something special about southern women; classy and graceful, imbuing manners and tradition, while at the same time, known for being smart, sassy and tough as nails.

The day young Joe Frank Bryant first laid eyes on Ms. Patsy O’Neal, he knew he was done for – with her dark hair, broad smile and infectious laugh – who

wouldn’t have been. They were high schoolers, in the early 1950’s, in the heart of Mississippi and they were in love. Times were so different then and yet, when it comes to young love, not that different than now.

Wanting to be together and not about to wait for anyone to tell them differently, at 17 and 21 they eloped. The young couple from the little town of Dyersburg, Tennessee chose the big city of Memphis as their honeymoon destination, at the time not knowing they would soon return and make Memphis home, for a time.

Together they embarked on a life of love, family and community that would take them across the globe, the memories of which have lasted a lifetime.

“We didn’t have much money,” chuckles Mrs. Bryant rememberingthe early days fondly. “But we didn’t know it and thought we would be just fine, and you know, we were. Joe always made sure of it.”

From Dyersburg, to Martin, to Memphis so that Joe could finish college and then UT Medical School, Dr. Bryant made education a priority, as well as service to country.

“Morocco was one our favorite places that we called home. Joe was a Naval Lieutenant and we were stationed there when Laura was born. We were two young people from Tennessee in the middle of such amazing culture. That’s when we first realized we would be traveling forever.”

Adventures would take them to many far away places including Africa, England, France, Denmark, Germany, Italy, China and India (to name a few) but they would always return to their final home of Lebanon.

“We came here because of Joe’s medical practice, but stayed because it felt right. It felt like home. There is something about southern people, be it those from Tennessee, Alabama or Mississippi, they know how to make you feel at home. We quickly realized Lebanon was the perfect place to raise our daughter, Laura and son Frank, and in my younger days being a homemaker was my top priority.”

“That’s one of the many things I love most about Grandmother,” notes Patti,  Frank’s daughter. “She’s always so kind and family has always been her first love. And she has always created such a comfortable home. She is an excellent cook and caregiver. Yet, she makes everything she does look effortless.”

And while Joe’s career as a surgeon and later as owner of the local television station, was always at the forefront of the young family’s life, Mrs. Bryant had her own aspirations.

“In the 70’s I received my BA from Cumberland in History and Geography and then my BS in Geography at MTSU. I have always believed there isn’t anything a woman can’t do – raise a family, run a business, run the country even. Women are strong like that, we just manage to do it all, sometimes not all at the same time but when we can, we do.”

“Statements like that,” Patti remarks, “are why I admire her so. Grandmother has always had so much energy and determination. She’s always on the go, involved in the community while at the same time, knows how to savor the important things, tending to her flowers, visiting the sick, sending a kind note to someone for no reason at all. And my grandfather, he just adored her.”

“My grandparents were always very affectionate towards one another. They would hold hands, laugh and joke. When I was little my grandfather would always ask me ‘how did you get so smart or pretty or sweet,’ and when I would say ‘I don’t know,’ he’d say ‘Granny!’

As I got older, he would ask me the same question, but instead of saying ‘I don’t know,’ I would say ‘because of Granny’ and he would just smile.”

It was this type of love that Patti was looking for when she happened upon a southern gentleman of her own, Jeff Stinson. “We are doing what grandmother and grandfather did, eloping, but instead of just the two of us, we are taking the whole family to Las Vegas, getting married at the Little Chapel of the Flowers. And no, Elvis won’t be officiating!” she laughs. “After the wedding, we’ll celebrate with a small reception at the Venetian Hotel. Before we leave we’ll take photos inside the chapel in Lebanon, built in honor of my grandfather, who passed away last year.”

Many remember Dr. Bryant as both a surgeon and television station operator, but very few are aware that Dr. Bryant was a strong supporter of all

Patti Bryant and her grandmother, Patsy Bryant standing inside the Bryant Chapelpreachers, regardless of their denomination. He was a firm believer that they should each have a new suit and new tires for their cars, and he insured they had just that. At his funeral, four different preachers spoke, each wearing the suit they had been given by Dr. Bryant.

“The chapel seemed the perfect way to honor his memory. Grandfather’s grandfather was a preacher and built “Bryant’s Chapel” in Newbern, Tennessee, that later burned and was rebuilt.

My grandfather always had such a deep respect and love for the church, that we knew this was the best way to remember him. Taking pictures in that chapel, with mygrandmother by my side, would have made him so happy. He may not be able to be at the wedding in person, but no doubt, he will be there in heart.”

“You know,” Mrs. Bryant remarked listening to Patti discuss the upcoming article with WLM, “I just don’t understand why you want to write about us, we are not special, we had difficult times like everyone else, but we did love each other to the end and we were happy.

That’s all I want for Patti and Jeff; love each other and be happy. It can be that simple.”