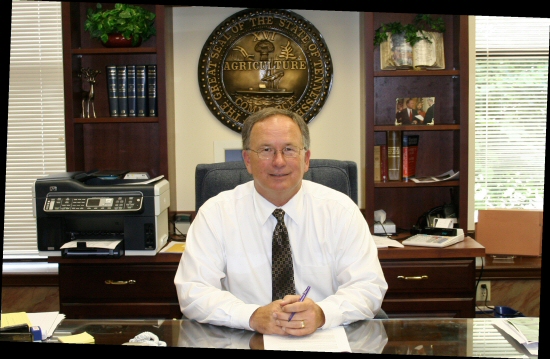 Mayor Philip Craighead is one such politician – although those who know him probably also know he doesn’t consider himself a “politician.” Instead, Mayor Craighhead considers himself a husband, father, grandfather, Christian, businessman and community supporter.

Mayor Craighead moved to Lebanon with his family, Reverend Billy and Marie Craighead and sister Phyllis in 1969. His father served as Pastor at First United Methodist Church for six years, where the Mayor has been active for more than 40 years.  The Mayor credits his parents for his determination to serve and to be a person of faith, integrity and a hard worker.

Mayor Craighead attended local public schools and graduated from Lebanon High School in 1972 and then attended MTSU, where he graduated with a degree in Business Administration.

Together with his wife of 28 years, Darlene, they are the proud parents of Carissa Stone-Wheeler and Zachary Craighead. And to their delight, on June 12th they became first time grandparents to baby Madison Rae Craighead.

As a young man, many in the area remember Mayor Craighead working in the family businesses, which included the KOA Campground, the Lebanon Skating rink and a sightseeing tour company. A strong work ethic and an education in business led he and Darlene to establish a home building business in 1985, building nearly 300 units in Middle Tennessee. They also established a plumbing and lighting supply company. While still operating these businesses, in 1991 the Craigheads started the Phoenix Group of Middle Tennessee, a highway construction company, which built concrete structures, sidewalks, ditchpaving, and underdrains, which they sold in 2008. Today, Darlene and Zachary Craighead, manage the family construction business, Craighead Home Sales, Inc., while Mayor Craighead manages the “business of Lebanon.”

In 2007, Mayor Craighead, who for years had been a  – behind the scenes –  supporter of the area, decided to step forward and run for office. Prior to his first run for office, the Mayor had served on many community organizations including Kiwanis, Mid Cumberland Community Action Agency and Habitat of Humanity. His first run for office was as a write-in candidate for the city council. Although he didn’t win, he made a strong showing. And during his campaign, he met a lot of people and realized many had significant concerns.

And do it, he did! The campaign was a grassroots effort consisting of family and friends who believed in the Mayor’s ability to make a difference. It was a campaign built on the relationships he had made over the years. The Mayor estimates he knocked on 65 or 70% of the doors in the city getting to know everyone.

One citizen he got to know was Mrs. Schockley on Hobbs Avenue. The Mayor was driving down the street and saw her sitting on her porch. He stopped his truck, got out and asked her if they could talk a while. He still remembers the smell of her turnip greens cooking on her stove as he and Mrs. Shockley sat on her porch, talking, and told her why he wanted to be Mayor.  The reason being he wanted to see Lebanon progress into the future and he thought he just might be the right man for the job. Apparently there were quite a few folks who also thought so and in 2008 he was elected to his first term as Mayor of the City of Lebanon.

The Mayor says his most important goals at the moment are that; 1) he wants Lebanon to be a city where businesses will want to come and residents will want to stay; 2) he wants to operate our city government as efficiently and as fiscally responsibly as possible while continuing to be progressive and prepared for future growth and; 3) he wants the city’s operations and procedures to better serve our citizens and businesses.

With these goals in mind, the Mayor still remains a realist knowing that the city also faces challenges. “Our city is not immune to the worldwide economic crisis. We, too, have seen a reduction in construction and sales tax revenue. Lebanon’s biggest challenge will be facing the current economic downturn and the resulting budget shortfall while meeting the demands of maintaining and improving our aging infrastructure, continuing quality of life improvements, all without overburdening the citizens with excessive taxes and fees.”

The Mayor is working with every department to look at “our efficiency in the way we do even the little things that can add up to big dollars and find new ways to cut costs and improve services. We also plan to apply for federal grant funds that will help us reduce energy costs in all of our city buildings and seek other ways to reduce waste and save energy.”

“We are a community and a community takes care of its’ people, from children to seniors. Most people will benefit from the quality of life services offered here, sometime in their lifetime. What the city spends is for the community as a whole, not just for one segment, or one person.”

Asked what he is most proud of – the Mayor first remarks “my family.” But as Mayor, he is proud of the immediate strides made in the effort to address community needs. “To help those most in need, we initiated active participation in the Upper Cumberland Continuum of Care. In the future this may be the primary source of federal funds to help agencies in our community who are working hard to make a difference to those in need. The COC is already helping different groups apply for grants and is very active in helping us build a database to provide accurate information so when we apply for grants we are able to substantiate and prove the needs of our community. Since the majority of federal dollars to help those in need will be funneled through the COC this will make our community better positioned to receive federal grant dollars in future.”

The Mayor says, “It’s going to get better. As the economy improves, I see great things happening in Lebanon. Growth will continue. It is the logical place for new development to come, bringing new jobs and revenue.”

The Mayor also noted, “When I ran for Mayor, I ran on a platform of cooperation. It is going to be essential for the local leaders and elected officials to work together, in order to move the city forward. Without cooperation, we will become regressive but with cooperation we can continue to be progressive, planning and moving forward, for a better tomorrow.”

The Mayor also stressed that his door is always open. “The citizens of Lebanon put me in office and I am here to serve them. I welcome people stopping by and voicing their concerns and their opinions. In fact, I invite people to come and see me and I want to see and hear from them. I love my job, am proud to be here and look forward to making a difference.”